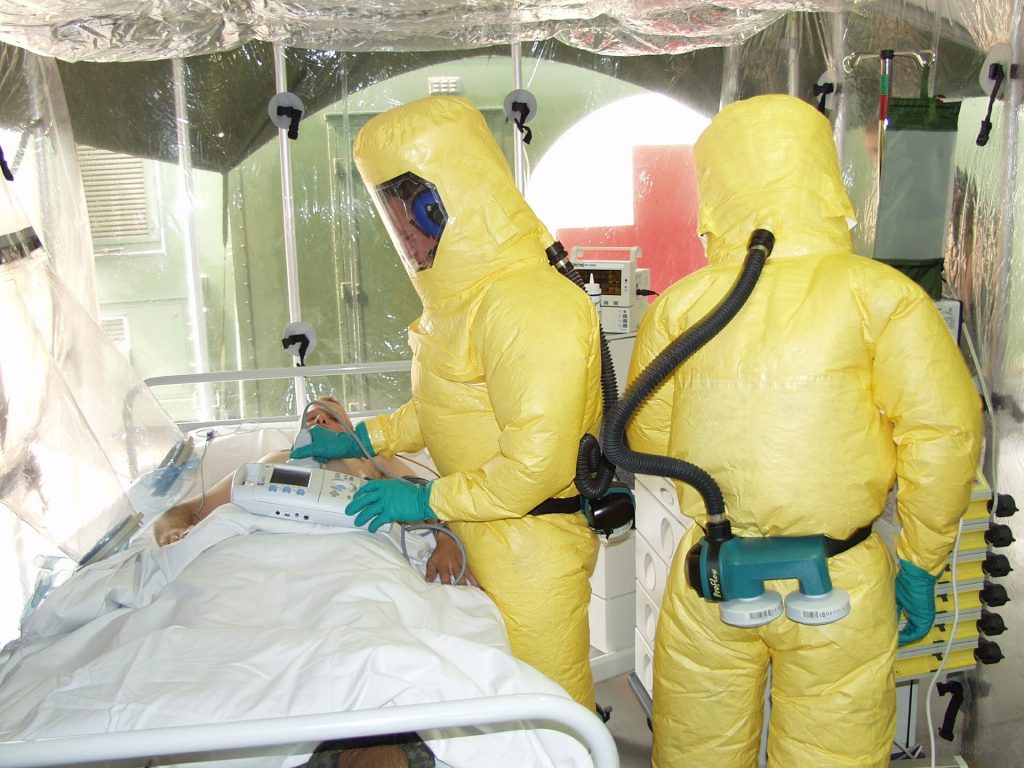 Ebola is one of the scariest and most deadly viruses on humans. In the largest Ebola outbreak in West Africa which started in 2013 and was deemed controlled in 2016, there were 28,616 suspected cases and 11,310 reported deaths due to the virus. However, until now there is no approved treatment for Ebola.

Ebola virus disease (EVD), also called as Ebola hemorrhagic fever or just Ebola is a viral hemorrhagic fever which was first identified in 1976. Its onset is typically accompanied with fever, headaches, sore throat and muscular pain, It is then followed by rash, vomiting, and diarrhea as well as external and internal bleeding and decreased functions of the liver and kidneys.

Ebola has a high risk of death. It ranges between 25-90 percent, the most common cause of death being excessive blood-loss and dehydration. This typically happens 6-16 days after the appearance of symptoms. Survivors can develop antibodies for Ebola. However, they were reported to have long-term problems such as joint and muscle pain, fatigue, hearing loss, eye problems, and others.

Ebola is transmitted through contact to fluids of patients which includes saliva, mucus, vomit, feces, sweat, tears, breast milk, urine, and semen. This leads to easy transmission especially to those always in direct contact to patients with Ebola. In the “catastrophic” West African outbreak, 10 percent of deaths were consist of healthcare workers.

In 2017, a preventive vaccine for Ebola was deemed effective. However, there is no treatment for those who already contracted the disease. The symptoms are only controlled through supportive care. Through pain management and by making sure the patients do not lack fluids and their blood pressure does not get dangerously low.

The mAb114 is a single monoclonal antibody which “binds to the core receptor” of the surface protein of the Ebola virus. This prevents it from infecting other human cells. The mAb114 is derived from a survivor of the 1995 Ebola outbreak in the Democratic Republic of the Congo (DRC).

In a paper published in The Lancet, the treatment was used in varying doses by 18 Ebola patients in Phase 1/3 clinical trial which began in May 2018. Three patients were given 5 milligrams through intravenous drips. Five were given 25 milligrams while ten were given 50 milligrams

Results revealed that the participants did not show negative side-effects. Only 4 out of 18 participants reported mild side effects like discomfort, headache, nausea, muscle or joint pain, and chills about three days after the treatment. Prior to the trial, the mAb114 has shown effectiveness in protecting monkeys from Ebola virus even when given up to five days after infection.

The authors highlighted the treatment can easily be stored and administered which makes it advantageous in an outbreak setting. Currently, the mAb114 is being offered in Phase 2/3 clinical trial for the treatment for Ebola patients in DRC.